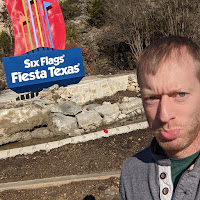 I know it's the weathers fault and not Six Flags... but I was still crushed to miss SFFT and SFOT. So, what do you do when you check into your flight then find out the event you are leaving for got canceled? Why, I go anyway and find something else to do.

Had planned to check out the Zoo possible but did a drive by of Six Flags over Texas since it was going to be closed all weekend. It was still icy from the weather so everything was pretty much closed (even the Starbucks I stopped at) so I want South to Round Rock. 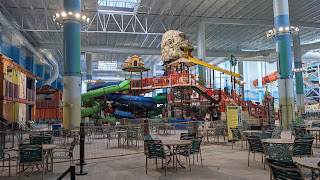 My only negative was the price, they had removed the joint after 5pm ticket so I had to pay $95 to go to both (Unlimited at Tom Foolery's was $45 - After 5pm at Kalahari was $40)

Going back? No, we have similar option closer to our house and it's to expensive to stop by for a few rides 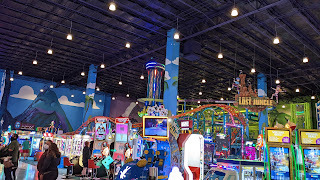 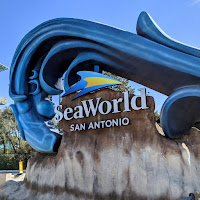 After some looking around Sea World was my only option and sadly due to variable pricing didn't have any options so I'm now a season pass holder.
Sea World - San Antonio TX
Day Rating: Much Better than Expected
Wait Times: Hardly any
My only negative was the price, not surprising buying a ticket the day before, $45 - but I upgraded to a Season Pass
Going back? YES, It was a sleeper park for me - The caster lineup was much better than I expected 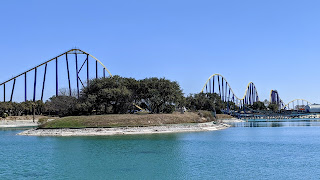 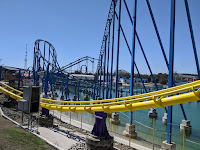 I had a blast so although I did miss SFFT I had so much fun I moved my hotel so I could come back in the morning. That ended up being a great move as the Tru by Hilton San Antonio Lackland SeaWorld @ 16,000 Hilton Points was a much better Hotel for the points

Yep, opened up Sea World so I could ride all the coasters a few more times before ZDTs opened.

My only negative was time - The park didn't open till noon and sadly due how the tip went I was 4 hours from the airport so I only had an hour. All that said, for the price it was by far the best deal of the trip.

Going back? YES, It was a cool little park and I didn't get to do half of the stuff. Also, the coaster is very unusual.